Northrop Grumman will offer the U.S. Army a weapons platform, including a laser of undisclosed strength, hoping to satisfy the service's need for a short-range air defense (SHORAD) system that can knock helicopters and drones from the sky.

The Army is readying a potential proposal request by the beginning of 2022, company officials said Monday.

The company is currently set to deliver the command and control (C2) capability for the Army’s interim maneuver (IM) SHORAD, planned to field in 2022, and said it is interested in providing a weapons package for the eventual objective maneuver (OM) SHORAD the service wants by 2030. 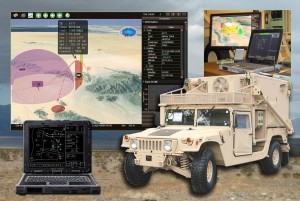 “We have our eye on the objective maneuver SHORAD capability. What we’re really interested in is the future, which is the directed energy component,” Chris Frei, Northrop Grumman’s director of SHORAD programs, told sister publication Defense Daily. “We have all the capabilities that are needed in a M-SHORAD platform. We have the 30-mm gun system that our NGIS sector brings to bear. We have sensor technologies, and we have directed energy capability. We think we have the makings of a great offering for the future of  Maneuver SHORAD.”

Michael O’Hara, the company’s manager of M-SHORAD programs, told Defense Daily the Army has made directed energy a focus of its objective solution as it looks for an M-SHORAD system capable of taking down fixed-wing and rotary-wing aircraft, as well as a range of drones.

“The Army, moving forward, for their OM-SHORAD capability have stated they want a directed energy focus on their units by the end of 2030, which we’re working on providing an answer to,” O’Hara said.

Frei said the Army has identified 50 kw as the requirement for a directed energy capability and could look to integrate the system on two-thirds of the potential 650 OM-SHORAD units.

The Army is currently working on science and technology efforts to study the potential for a 50-kw laser as part of OM-SHORAD, and is preparing to field IM-SHORAD to meet immediate short-range air defense needs.

Northrop Grumman is providing its FAAD C2 capability for IM-SHORAD, while Leonardo DRS has been selected to provide the mission equipment package and General Dynamics Land Systems will integrate the system on the Stryker fighting vehicles.

“The plan right now is to field four battalions of IM-SHORAD. The current plan is to go 144 systems, the actual weapon system on the Stryker. That’s being executed,” Frei said. “They’re working through that with our command and control. We’ll test next year. We’ll have that initial test and then [the Army] will make a decision to go into an LRIP program after that to start getting to the 144 units.”

IM-SHORAD is set to deploy to four battalions, with the Army looking to ultimately field the OM-SHORAD system to 36 battalions, totaling around 650 units.

Northrop Grumman is currently developing the Integrated Air and Missile Defense (IAMD) Battle Command System (IBCS), which will serve as the Army’s future air and missile defense command platform including for the OM-SHORAD. The company earlier this month said it received a $289 million contract modification to continue critical software work and evaluations for IBCS ahead of an expected 2020 low-rate initial production decision.