Image from video uploaded on YouTube by James Vincent

There is a “sense of urgency” among security officials in the U.S. that they need systems and technologies to counter potential threats from unmanned aircraft systems (UAS), the head of security for the National Football League said Feb. 28.

Development of command, control and communications around the counter UAS systems as well as the research into the drone detection and defeat technologies is an urgent need and then these capabilities need to get into the “hands” of the people that need it, Cathy Lanier, who has supervised security across the NFL since 2016 and was chief of the Washington D.C. Police Department for 10 years before that, said during a briefing of a council that advises the Department of Homeland Security.

Lanier, the vice chair of the Homeland Security Advisory Council’s Subcommittee on Emerging Technologies, and retired Coast Guard Commandant Adm. Thad Allen, the chair of the panel, gave a progress report on their work to their fellow council members and DHS Secretary Kirstjen Nielsen during a public teleconference.

Allen, who is now an executive with Booz Allen Hamilton [BAH] advising on homeland security and law enforcement issues, told the HSAC that DHS is currently developing policy for the use of counter UAS systems. 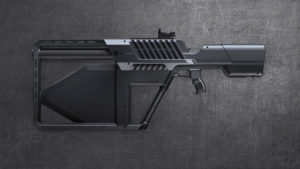 The most “significant event” of late was passage in December of a bill that authorizes DHS and the Department of Justice to detect, monitor, identify, track and mitigate potential threats from UAS systems in the national airspace around certain assets and facilities. The Preventing Emerging Threats Act was included in a bill that reauthorized the Federal Aviation Administration and also calls for authorities to warn the operator of the drone but highlights that mitigation activities can be taken “without prior consent.”

The counter drone legislation, which along with the FAA bill was signed into law by President Trump, allows DHS and DoJ to “take, and may authorize personnel with assigned duties that include the security or protection of people, facilities, or assets … that are necessary to mitigate a credible threat” as defined by the two departments in consultation with the Secretary of Transportation.

DHS will identify the assets to be protected using a risk-based approach, Allen said.

Allen also outlined work in several other areas that he and Lanier’s subcommittee are doing, including threats from 3D printing, artificial intelligence, and gene editing.

Some of the 3D printing threats include production of new and untraceable weapons, catastrophic failure of critical systems due to sabotaged or counterfeit parts, and the development of masks and prosthetics to spoof biometric readers.

In the area of AI, he said risks include the development of “deep fake” voice and video so that reality and artificial are difficult to distinguish. Another threat might be more sophisticated cyber-attacks, he said.

Risks from gene editing threats include weaponizing these threats for viral dissemination, de-extinction applications akin to “raising the dead,” and bio-engineered weaknesses in agriculture and livestock.