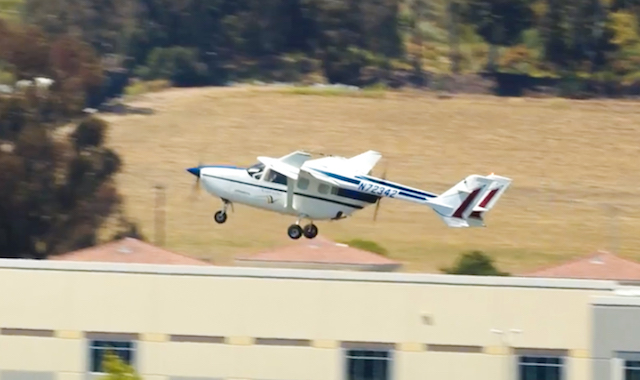 With companies pouring hundreds of millions into years-long electric aviation development programs, Ampaire believes its step-by-step hybrid-electric approach will address both high operating costs and the environmental impact of aviation, while paving a way for future transition to fully-electric aircraft.

Ampaire’s EEL, a Cessna 337 retrofit powered by one combustion engine and one electric motor, completed its first flight in June and is now undergoing systems evaluation and testing. Ampaire expects the test program to last about 30 months, with STC certification granted by the end of 2021.

The plane has already made flights lasting more than one hour and demonstrated single-engine climb on each powerplant. Flight trials will commence on commercial routes with Mokulele Airlines, a regional airline in Hawaii, later this year, according to Ampaire.

“The most practical way to achieve an all-electric future is to jump start the market with a partially-electric present,” said Noertker. “We’re pursuing a pragmatic, step-by-step approach, a scalable plan to quickly commercialize and expand the electric airplane market. This approach recognizes that other development programs for clean-sheet all-electric aircraft will consume hundreds of millions of dollars in R&D and potentially require a decade or more to certify.”

“The Cessna 337 modification is a first step,” Noertker said. “The next may be a hybrid or fully electric retrofit of a nine- to 19-passenger commuter/cargo aircraft. As batteries and powertrains mature, we will shift our focus to clean-sheet designs such as our nine-passenger, zero-emissions tailwind concept."

The company says it has more than a dozen letters of interest from regional airlines and charter providers at this time.

Personal Airline Exchange (PAX) recently placed an order for fifty EELs, which it plans to make available via a service that matches potential passengers with charter services at North American airports. PAX chose the EEL over other options in part because of operating costs it believes will be one-third to one-half of other similar aircraft, targeting a customer price point of $1 per seat per mile. How Social Media Can Aid in Seeking the Next Buyer